Isotretinoin, also known as accutane and the poison pill, is the medicine which people with acne take when their skin doesn’t respond well to topical treatments and antibiotics.

Today, it is the most effective treatment for treating acne having an 80% of success rate.

Isotretinoin (Accutane) is a medication used to treat severe or persistent acne that has not responded to any other treatment (Salicylic acid, benzoyl peroxide, azelaic acid, tetracyclines…).

Isotretinoin is a retinoid (A derivate of vitamin A) that is taken orally, and you can get it only with a prescription that only can be prescribed by a dermatologist.

Isotretinoin is the only medicine that can deal with all major factors that produce acne. Most of these isotretinoin benefits are proven in a compilation of isotretinoin effects published in 2009.

It decreases the activity of sebaceous glands

Isotretinoin works by reducing the size and activity of skin’s sebaceous glands, that means that sebum production will be decreased up to 80%.

One of the main causes of acne is the excessive sebum production which could clog pores and make a perfect environment for acne causing bacteria (they feed with sebum).

It has ani-inflammatory effects due to the fact that when it reduces sebum and bacteria, the acne inflammation also reduces.

It can reduce comedogenesis (tendency to get clogged pores) due to the fact that it decreases hyperkeratinization (disorder where dead cells get trapped inside the follicle due to an excess of keratin).

It could improve aged skin

A 2015 study confirmed that isotretinoin can improve photoaging, all patients perceived moderate to significant improvement.

The same study concluded that isotretinoin is able to increase the density of collagen fibers (usually up to 6.2%) and to improve the distribution of elastic fibers, furthermore most patients still keeping and improving most of the skin quality benefits even after 12 weeks after discontinuing.

What to expect on isotretinoin

According to a 2008 study a flare of acne during the first month of isotretinoin treatment is common (about 32% of patients experience this), the chances of getting this will be bigger if the patient is male or young, despite this a severe flare is rare (just 4.5% of the cases).

Blood tests are done by isotretinoin patients at least once every 1-2 months due to the fact that this drug could increase cholesterol, triglycerides and sugar levels and alter liver enzymes.

As this drug is a retinoid (Vitamin a derivate) it’s common that before taking it you’ll have to do an analysis of vitamin A to see if you have hypervitaminosis A.

Your skin will become normal to dry during the treatment as oil production will decrease, your pores will get smaller and your blackheads and sebaceous filaments will probably come up to the surface of your skin.

Isotretinoin dosage and how to take

Studies show that lower isotretinoin dosages (20mg/kg) decreases the risk of side effects by 16% to 35%, but it could increase relapse rates due to the fact that most people taking 20mg/kg a day don’t reach the cumulative dose and this could result in an acne return months after the treatment is stopped, despite this, low dosage is one of the best choices for treating moderate acne having less side effects and most times evidence has showed is just as effective as large dosages.

Dry skin and nose and skin sensitivity to the sunlight

These are definitely the most common side effects, as your oil glands activity will decrease, so it is normal to have dry skin and chapped lips.

You may get occasionally some nose bleeds, as isotretinoin could dry out the mucosal nasal passages, so lubrication of the nose mucosal surface could stop you from getting nose bleeds.

Isotretinoin also makes you more sensitive to the sun, so it will be better to avoid sun exposure and to start your isotretinoin course during winter or autumn seasons. Make sure to use a good sunscreen everyday and to not spend so much time exposed to the sun.

Woman who are taking isotretinoin shouldn’t get pregnant, as this drug increases the chances of premature birth, fetus death and it can cause serious birth defects.

A presentation made at the 2019 American Academy of Dermatology Annual Meeting concluded that isotretinoin treated patients doesn’t show an increase in depression frequency compared to other patients with acne that didn’t get treated with isotretinoin.

Changes on bones and muscles ache

Isotretinoin may make you to heal more slowly, so it could cause muscle pain and joint paint if this happens to you it will be better to consult it with your physician. You may also get hurt more during sport practices.

According to this article, children or adolescents who are in development and are exposed to high isotretinoin doses are at risk for premature epiphyseal closure. Epiphyseal plate is a type or cartilage only found in children and adolescents (adults already have it closed, in girls it usually closes between the ages of 12-16 and in boys between 14-19) long bones (arms and legs bones).

This means that legs and arms could stop growing or to expect less growth than the normal growth that your genetic would achieve.

However epiphyseal closure is a very rare side effect and only a few cases have been reported, adults should not be concerned about this side effect, however it just does affect long bones and according to some emails that I sent to some laboratories that commercialise isotretinoin (Dercutane, isoacne, mayesta) it has not been reported that it affects other bone groups.

Alteration of liver enzymes and increase cholesterol and triglycerides

Isotretinoin may alter liver enzymes and cause an increase of cholesterol and triglycerides levels, so due to this fact blood test should be done at least once each 1-2 months during the course.

A 2013 study concluded that hair density and hair count may be reduced while taking isotretinoin, however this side effect is usually temporal, and the normal hair should return once the treatment has stopped. Furthermore, another 2018 study concluded that hair growth is affected just when isotretinoin is taken in high dosages and for a long term.

There have been reported a few cases of permanent night vision loss, but these are just isolated cases.

Skincare routine while on isotretinoin

When you’re on isotretinoin the first thing you should do is to simplify your skincare routine, I mean stop using your current antiacne products and quitting most of your active products (Salicylic acid, vitamin c, benzoyl peroxide…) and switch to simpler ones.

As you start taking isotretinoin, your skin will become dry over time, so it is very important to use a good moisturizer:

If you’re using a harsh face cleanser stop using it and opt for a gentle cleanser with a neutral pH. 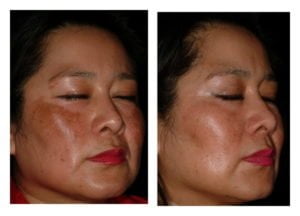 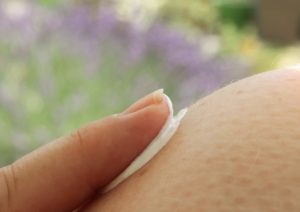 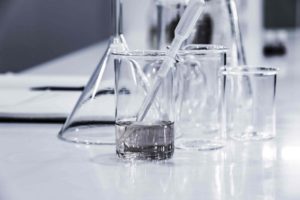