Atopic dermatitis (also known as eczema) is a chronic disease in which the skin barrier functions are altered and it is characterized by inflammation, itching and dryness of the skin.

What are atopic dermatitis symptoms?

Depending on the atopic dermatitis severity the symptoms may vary.

The most common eczema symptoms are the following ones:

Although today the exact cause of atopic dermatitis has not been discovered, it is known that there are certain factors such as genetics, allergies, alterations in the immune system, psychological alterations and nutritional problems that could be related to its appearance.

Who is affected by atopic dermatitis?

It can affect any age, it usually affects those whose parents are prone to this disease.

Atopic dermatitis usually develops in childhood, so some babies with a genetic predisposition may develop it during their first year of life developing dry scales that usually appear on their hair and face.

How to treat atopic dermatitis?

Usually, a topical routine of treatments is enough to alleviate the symptoms. We can divide the treatment into two phases: the maintenance phase and the treatment phase of an active outbreak. Depending on the severity, some treatments or others will be used, among which we can find:

They are usually used in the maintenance phase of atopic dermatitis.

By moisturizing the skin a sense of improvement will be perceived and they are also able to reduce itching. Using them will reduce the chances of suffering a new outbreak and will make it appearing less frequently.

They should be applied several times a day, if they’re applied after the bath with a little wet skin, it will increase hydration a bit more.

There are several types of emollients and moisturizers (Urea, glycerin, lactic acid, paraffin…) that can improve atopic dermatitis, so you shoul try them and see which works best in your skin type.

They are usually the most prescribed treatments for moderate to severe atopic dermatitis, they act by decreasing the itching, redness, irritation and inflammation in the affected skin.

There are different types of corticoids that can be classified into several groups depending on their potency, one or the other will be prescribed depending on the severity of atopic dermatitis.

In general, they are usually used once or twice a day depending on the severity of atopic dermatitis for about a week until the outbreak ends, after the remission of the outbreak, you will continue with a maintenance routine.

They are consumed orally and help to regulate the immune response thus slowing down atopic dermatitis. They act by helping itching caused by allergies.

They are not effective in all cases, being more effective in cases of allergies. Due to the fact that they act as sedatives at bedtime you may notice an improvement.

They are rarely prescribed only for the most severe cases, they are used for a short period of time (usually a week or less). They are quite effective so they could be prescribed during a serious outbreak or at the beginning of treatment.

Tips to prevent and not worsen outbreaks of atopic dermatitis

Can atopic dermatitis be spread?

Usually not because the symptoms can disappear and reappear spontaneously and treatments could be discontinued while you are not suffering any symptoms. 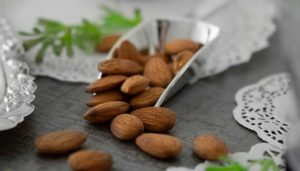 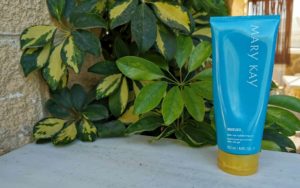 After sun benefits: Does it work? Can it repair sun damage?