Mandelic acid is a type of AHA (alpha hydroxy acid) that comes from bitter almonds, it has shown to offer a gentle exfoliation on the skin surface and it’s ideal for those with sensitive skin.

Who can benefit from mandelic acid?

Mandelic acid has a higher molecular weight than other types of acids such as glycolic acid, this allows it to penetrate the skin in a slower and less aggressive way.

It is the perfect ally of those who have sensitive skin and want to start using acids.

It can be used on any skin type and is generally well tolerated, although for those who have oily skin, as this will be discussed later, it will be better to opt for another type of acid since mandelic has the ability to increase oil production.

It improves hydration of dry skin.

Research has shown that mandelic acid used in a concentration of 40% can increase skin sebum production in the U area in those who have dry skin.1Wójcik A, Kubiak M, Rotsztejn H. Influence of azelaic and mandelic acid peels on sebum secretion in ageing women. Postepy Dermatol Alergol. 2013;30(3):140–145.

The T zone is generally more oily than the U zone, so it could balance both parts by improving dry skin condition.

Mandelic acid is able to improve the condition of aging skin.

Unlike other AHAs, due to its high molecular weight, it produces a light exfoliation on the skin, providing benefits that smooths skin and that can improve skin tone without causing irritation.

Both a 5% and a 10% of mandelic acid produce a reduction in the number of pustules, inflammatory nodules and comedones in a similar way, so it can be considered a safe and an effective treatment for acne.3Dębowska R, Kaszuba A, Michalak I, et al. Evaluation of the efficacy and tolerability of mandelic acid-containing cosmetic formulations for acne skin care. Dermatology Review/Przegląd Dermatologiczny. 2015;102(4):316-321. doi:10.5114/dr.2015.53419.

Although in the case of improving acne, other types of acids such as salicylic acid are recommended as adjunct therapy.

It can reduce acne marks

In addition of having anti bacterial properties, mandelic acid is able to reduce acne scars due to the exfoliation it produces.

When it comes to its efficacy, comparing the result of the use of chemical peels of 20% salicylic acid together with 10% of mandelic acid vs 35% of glycolic acid, better results were obtained in those people who used mandelic acid together with salicylic acid.4Garg VK, Sinha S, Sarkar R. Glycolic acid peels versus salicylic-mandelic acid peels in active acne vulgaris and post-acne scarring and hyperpigmentation: a comparative study. Dermatol Surg. 2009;35(1):59–65.

Side effects and contraindications

No side effects have been specifically described for mandelic acid, but as it is a type of AHA, it can produce the following side effects:

Since mandelic acid is milder and less potent than other types of AHA such as glycolic acid or lactic acid, some of these side effects are less likely to occur.

The higher the percentage of concentration of mandelic acid, the greater will be the probability of suffering from some side effects, although doses of up to a 10% of AHA are generally safe and well tolerated.

How to use mandelic acid

Ideally, you should use it once a day and apply it to the entire face skin except the eye contour and eye area.

Although, as a general rule, percentages below or equal to 10% can be applied daily, with other types of percentages it will be better to follow the manufacturer’s instructions.

Because mandelic acid is a type of AHA and these type of acids can increase sun sensitivity, it is best to use it in your night routine and use sunscreen during day trying to avoid sun as much as possible.

It can be used at any time of the year, although if you expose too much to the sun it is better to use it during the months where you are likely to receive less sun exposure.

Before using it, try it on some other part of your skin to make sure that you tolerate it well and it does not cause any type of reaction.

It is best to introduce it slowly into your routine and to use it on alternate days until you develop a tolerance, especially if your skin is sensitive and prone to irritation.

It should be used after using the facial cleanser and toner (in case you use it) and before the serum and moisturizer.

When we can see the results?

Generally, the results with the acids are seen fast, so you can expect to start seeing an improvement in the skin condition from the second week of using a product with mandelic acid.

Make sure your mandelic acid product has an acid pH or a pH between 3-4 in order to achieve better results in terms of exfoliation, since most acids works better in that pH. It is better to consult it with the manufacturer if the package does not specify it.

It should be mentioned that, since it is a weaker type of acid than others such as glycolic acid, those who seek better results and do not have sensitive skin may prefer to use some other stronger type of acids. 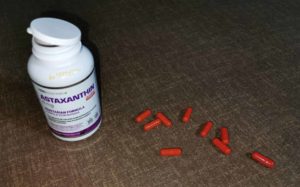